When you look at beer brewing one notices that historically speaking it always seemed to be in the foot steps of mining activity. After all, thirsty miners needed some lubricants to make the hard daily work more bearable. It might also have to do with the fact that beer was a reliable source of “treated”/ disinfected water, since pristine creeks got contaminated with human waste early on during mining. Whatever the reason of the start of brewing companies here are a couple of examples, I came across.

Austral – Founded in Punta Arenas, Chile in 1896 right at the height of the Patagonian gold rush and famous in the region ever since. It is until this day the southernmost major brewery in the world and was built right at the railroad connecting the local coal mine with the port. The access to coal was definitely beneficial for the operation to boil the water in the beer making process, as was the access to the creek water. The brewery survived the local coal and gold mining days and sits to this day on the same location. 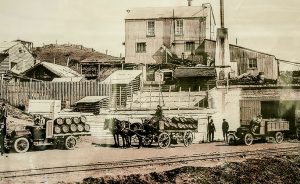 Austral Brewery in the early days – notice the rail track in the foreground which connected the Loreto coal mine with the port in Punta Arenas.

Coors – Founded in 1873 in picturesque Golden, United States amid the mining heydays of Colorado. It grew to become one of the foremost breweries in the US and while the composition of its produce might not be to everybody’s taste, it outlasted many competitors. I still remember the beer tasting trips to it while I was a student across the street. 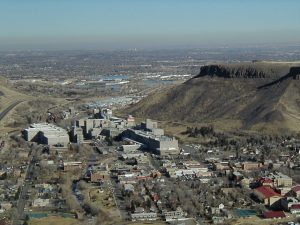 Freiberger Brauhaus – Founded in 1266 in Freiberg as the oldest brewery in Saxony, Germany. It for sure supplied tens of thousands of miners in Freibergs silver mining district that started mining in 1168. I have to admit that I never really tasted it as many of my fellow students, but it is still around after all those centuries – so it seems to be consumed 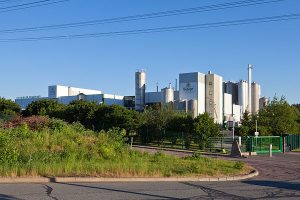 While those three breweries are located on three different continents, all of the breweries have a couple of things in common. The were all started by Germans, and while they are still producing up to this day, they do not rely on drunken miners anymore.

While on my travels, I will follow up on this very close correlation/ causality of mining and beer brewing – I am sure that there are many more examples in the world! Maybe brewing beer should be one indicator for sustainable development in mining districts.