Diesel as a by-product of aluminum smelting?

Having read the title, you might think I finally have gone mad, but give me some time to reason, since it might not be as crazy as it first sounds. So let me take you on my little journey of reason and start with the fundamentals first.

As everybody knows, the metals & mining industry is one of the most energy intensive in existence. Since the industrial revolution, most of the energy used is thereby essentially carbon based – be it petroleum for mobile transportation needs or coal and natural gas for fixed installations (power and reduction). Take aluminum for instance. The metal itself has very green credentials since it is used to reduce weight, be it in cars, beer cans, planes or rail hoppers. The production however is very power intensive, and carbon emissions are significant. Even when looking at the most efficient processes that use nuclear, hydro or geothermal power, the very act of converting alumina to aluminum generates at least 2.5 tonnes of carbon dioxide per tonne of aluminum. This number goes up to 12 tonnes and beyond when considering older processes, especially when power comes from low efficiency coal fired power plants. 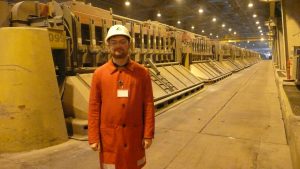 The amounts of carbon dioxide generated however are very often hard to fathom. So lets put it into perspective. My favourite smelter is one of the most efficient in the world – Fjardaal in Iceland (title picture). It produced some 344 kt of aluminum in 2017. The official quote for its associated emissions are about 2.5t CO2/t Al, which makes it about 860 thousand tonnes of CO2. Lets compare that to something we can fathom… people. A recent CNN article on our metabolism quoted a normal (American) human being emitting some 770 grams of CO2 a day. That makes about 280 kg of CO2 per capita and year. Putting this number in relation to the smelter, its emission would equal more than 3 million breathing people, or rather what I rather like to call “soul equivalents”. This number is almost 10 times the Icelandic population and comparable to the number of people that live and breathe in the lower Mainland of Vancouver (transportation and bbq-ing not included!). 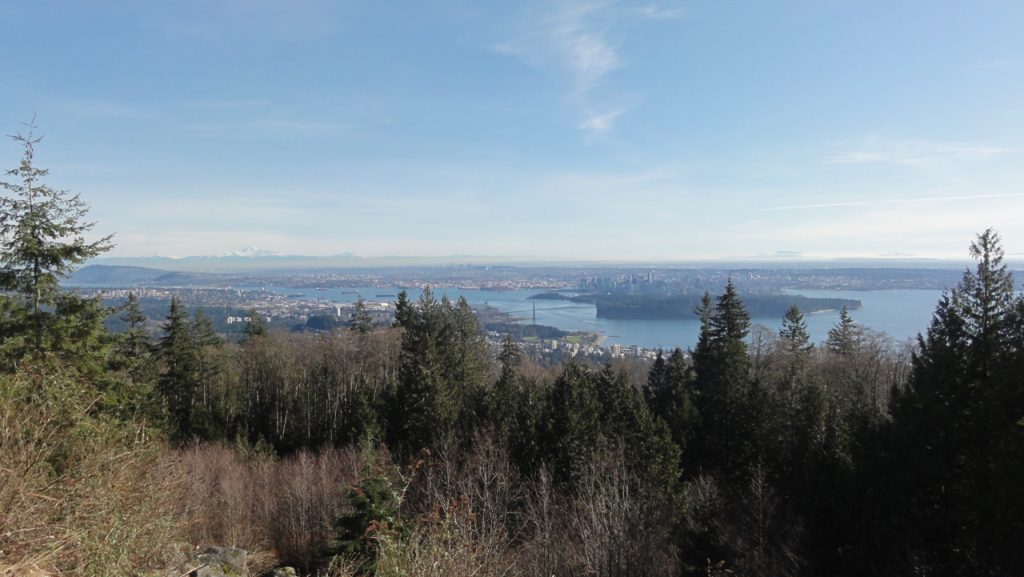 In analogy, taking all the aluminum produced in Iceland (which is little more than 1% of the world’s production) would end up with some 11 million soul equivalents, or maybe rather Nordic ghosts that roam the Icelandic country side. So how can we make those ghosts work, and even better, put them back into a bottle. In other words, can we see the CO2 emissions rather as a valuable by-product of aluminum smelting rather than as a useless waste product?

This is where it is getting interesting. Recently, I came across an article that describes how innovative technology can help in capturing and processing CO2. The particular idea that Audi is promoting, is that carbon is captured from renewable sources or air, cleaned and chemically transformed, and while using renewable energy turned into synthetic e-diesel (Don’t say: Not another of Audi’s “CLEAN diesel” scams, yet!). 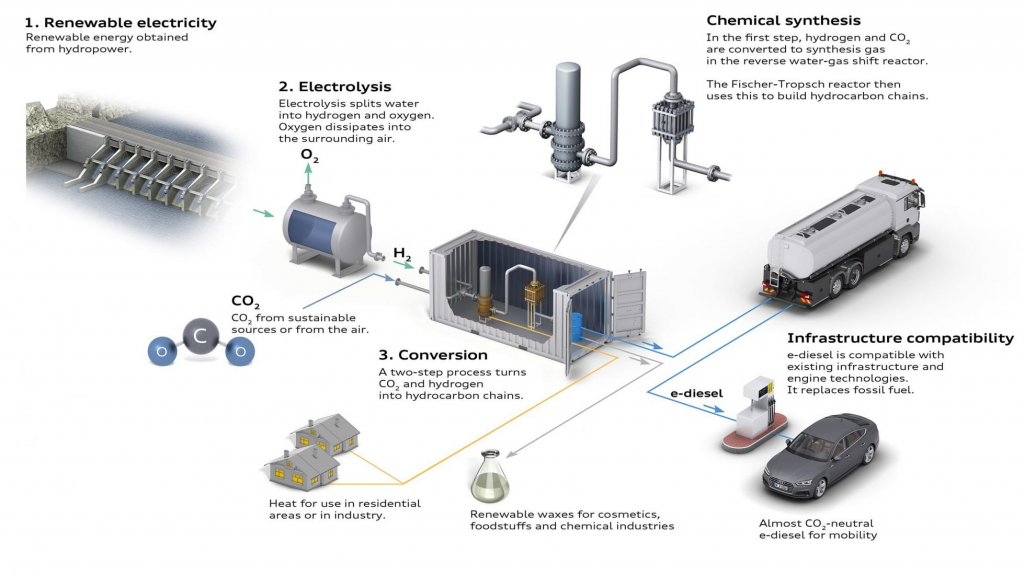 I definitely like the technological merits of it to address carbon emissions. I believe however that the source of CO2 does not have to be necessarily sustainable (well, it depends on AUDI’s definition for it). Carbon dioxide recycled from industrial processes might just do, too. After all, this process can be used no matter where the carbon dioxide is coming from. A constant and localized source would certainly help. Moreover, it appears logic that the more concentrated the CO2 flow is, the better the capturing and cleaning. With these two conditions I believe that this technology has a great potential, especially with processes where there is no viable substitute for carbon used in reduction processes (i.e. aluminum smelting, steel making, and municipal waste burning). Key is to use non-carbon emitting energy sources (wind, hydro nuclear or geothermal) for the processing to essentially recycle carbon. One could argue now that this does not make any sense since it will require extra energy and the CO2 contained in the diesel will end up in the air anyway. But there are good reasons that speak for this route:

Having said all of that, lets put some numbers to this and get back to Iceland. After all, it has some of the most favourable conditions for turning CO2 emissions into a useful by-product. First of all, it has an almost endless supply of renewable energy, be it geothermal or hydropower. Moreover, Iceland has a lot of fresh water resources that make it advantageous to produce hydrogen that is required for the process. Finally, the power intensive metal producers that settled here for the cheap power have another advantage. The CO2 they generate is not diffuse but very localized and hence any processing and cleaning of it is logistically relatively easy. 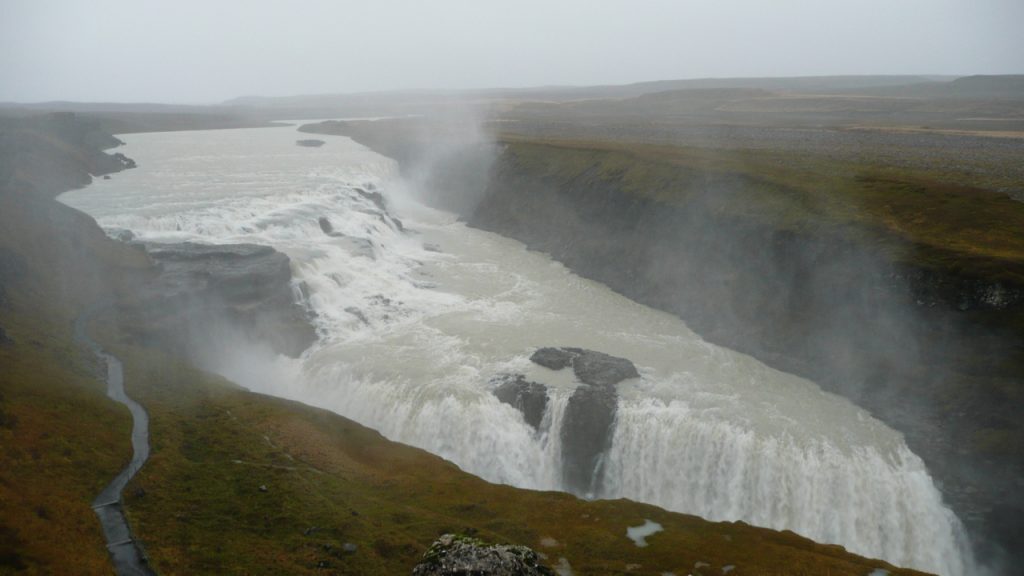 So lets do some back-of-the-envelope calculation, make some assumptions and return to our Fjardaal smelter. A short internet search reveals that one liter of diesel generates some 2.64 kg of CO2. If that is the case then, speaking on a chemical level, the reverse is also true – it takes at least this amount to produce one liter of diesel. Lets also assume that the entire process of capturing the carbon dioxide as well as the chemical conversion is 80% efficient (again, on a chemical level… after all no matter can get lost, but some not captured). With these assumptions at hand one can compute then that the 860kt CO2 of the 344kt of aluminum can be converted into more than 260 million liter of synthetic diesel. Applying this process for the whole of Iceland’s aluminum industry, it would translate into 1 billion liters of synthetic diesel (6 mmbbls) that can be produced annually. This recycled carbon diesel could be put to good use. Iceland could either power it’s extensive fishing fleet with it or use it for its local transportation needs. In fact the generated diesel would be way in excess of what Iceland needs and could be exported, as well – maybe in three of the massive VLCC tankers below.

The environmental credentials as a recycling product created mostly from renewable resources would be superb. The fact that it also helps to leave oil in the ground could even command a premium price, especially with the “environmentally conscious” SUV drivers in big European cities. In addition, the already low carbon aluminum of Iceland is not only making cars lighter, but powering them too. How much better can it get for marketing? It’s a win-win for everybody! Iceland itself would also benefit by improving its green credentials even further, while at the same time becoming a green petro state! I bet they would like to be entirely self sufficient in their energy needs and export another product on-top! I can think of other places that could go this route as well. Think of Quebec (they probably would love to have their very own Quebecois distilled diesel!.. “quiesel”??), Norway (their massive sovereign wealth fund exited oil already), British Columbia (no more Alberta oil.. LOL!), Argentina (something more to export to get some foreign exchange?), Russia (the oligarchs probably don’t care) or New Zealand (green fuel for green agriculture?).

This technology could be used in other places, too. One could even argue that in places that have a lot of cheap intermittent power, this process could be a way to store cheap energy (which is a major issue right now,and yes everybody talks batteries that require Congolese child labour). For example, Germany has a lot of carbon dioxide emitters and they already know that they won’t comply with their Kyoto emission reduction targets. However, if one takes this technology and uses the cheap electric power that comes from its windmills and solar panels one could produce quite a bit of synthetic diesel. One has to know that when the wind blows hard and the sun shines bright in Germany, wholesale electricity prices turn actually negative (in those cases electricity is cheaper than in Iceland!). So how would it work? The carbon dioxide could come from aluminum, steel plants or municipal waste incinerators that pump their CO2 into some of the numerous underground caverns that exist in Germany. On the days where electricity prices turn negative the CO2 would be taken from these caverns and converted into diesel. Since Germany still installs a lot of windmills, the days with negative electricity prices become ever more frequent and hence diesel can be produced more frequently. More diesel from recycled carbon is then used in the transportation sector. Since this diesel is substituting conventional diesel, the overall CO2 emissions in the economy falls by as much as the recycled diesel is adopted (again, the carbon works twice). Germany would be back on its way to meet its Kyoto targets, without its citizens realizing it at the gas pump (they actually should feel slightly better!). Also, converting all industrial CO2 emissions in Germany into diesel could make it even a net exporter of fuel using this technology. The German word “Energiewende” would get an entirely different connotation since it would really change the way how energy in all its forms is used and distributed. That would be quite a feat and reminds me of a quote I like. The former Saudi oil minister Sheik Ahmed Zaki Yamani once warned his OPEC colleagues with the words “The Stone Age didn’t end because we ran out of stones”. Very fitting and appropriate, and I can’t wait to see that happening! So bar the interests of the oil industry, recycled carbon in diesel would be a win-win for everybody and easily implemented… and after all, the oil industry still needs to provide the pet coke that is required for the anodes in the aluminum smelting process…

So how crazy does carbon recycling sound now? I believe turning a waste product into a product makes perfect economic sense. The technology is available, renewable resources too. What is missing is the will (oh those entrenched lobbies!) and the market mechanisms that make it happen (oh those politicians!). Maybe all interested parties should contemplate more about that in one of Icelands many thermal baths, such as the blue lagoon. As a matter of fact, this hot spring comes out of a geothermal power plant that feeds its electricity into one of the many aluminum smelters on the island. Aluminum smelting feels so gooooooood! 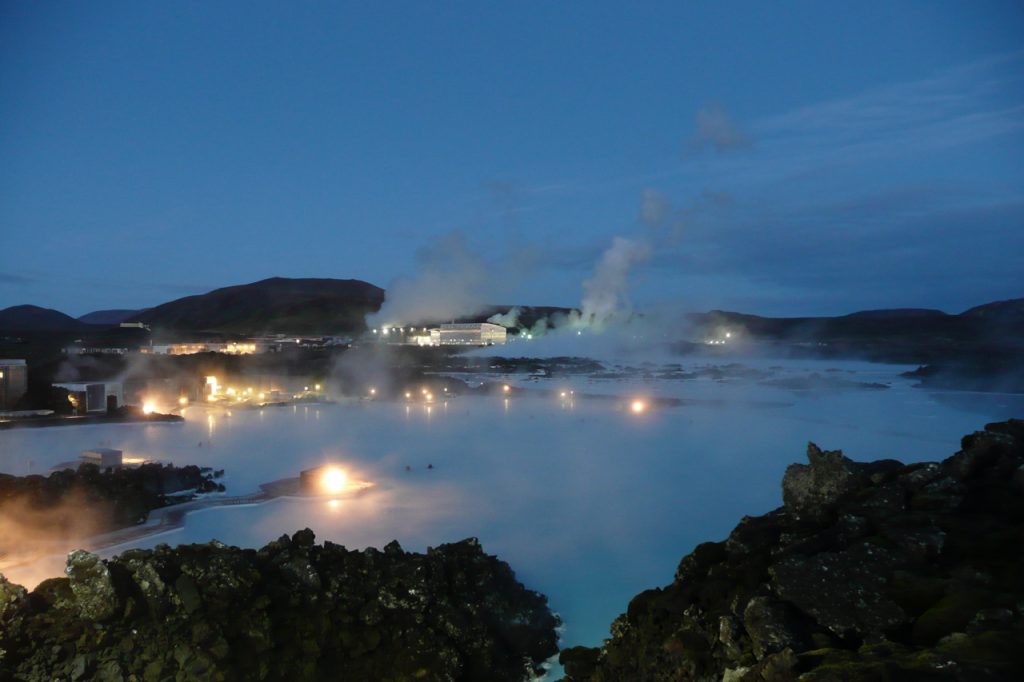 The blue lagoon – the hot waters exiting a geothermal power plant make it a great place to relax and chat (yes they serve alcohol, and massages can be booked too, yay!)