Glaciers, I LOVE glaciers. These slow moving cold remnants of the last ice age creaking over rocks are just amazing to look at. I could watch them for hours! Ever since they reappeared in the Northern Hemisphere a couple million years ago, they made an everlasting impression on the earths surface by forming huge U-shaped valleys. The carving of those valleys is the result of the grinding of the underlying hard rocks into rock flour. The water that is formed by the melting process of the ice then washes this rock flour away and leaves behind the real hard or heavy stuff – mostly quartz and heavy minerals. If you think about it, it is a very similar process to what gravity separation does in a mill operation. One crushes and grinds the rock to liberate the heavy metal that is of most interest and the rest washes away as tailings. The only difference is that a glacier’s grinding process is measured in thousands of years while a mill operates at a little faster pace. Also, we like to look at the muddy glacier water much more amazed and favorable than if a mine would do the same into a river – but in principle it is the same (This of course is not the case as soon as a mine employs any chemical process such as floatation or cyanidation…).

If you now have a landmass that is endowed with epithermal deposits on its continental margin and orgoenic gold deposits in its interior such as the North Amercian continent and run a couple of glacial cycles over it, one ends up with lots of river channel sediments that are pre sorted such as the white channel that were the main focus for the placer gold in the Klondike. The more often you are running the glacial cycle the more ore bearing rocks you remove, and cleaner the sediments get and the richer the gold deposits eventually become .. unless the gold is lost in very deep lakes or so.

So without the waxing and waning of glaciers in North America during the last 6 million years or so, a lot of the gold that was hosted in the previously existing (and now disappeared) ore hosting mountains the gold could not have accumulated to such an extent in river beds that ultimately led to the gold rushes of the North. Hence, while placer mining might seem like strenuous work these days, glaciers already prepared the ground and did the heavy lifting for the stampeders 100 years ago. 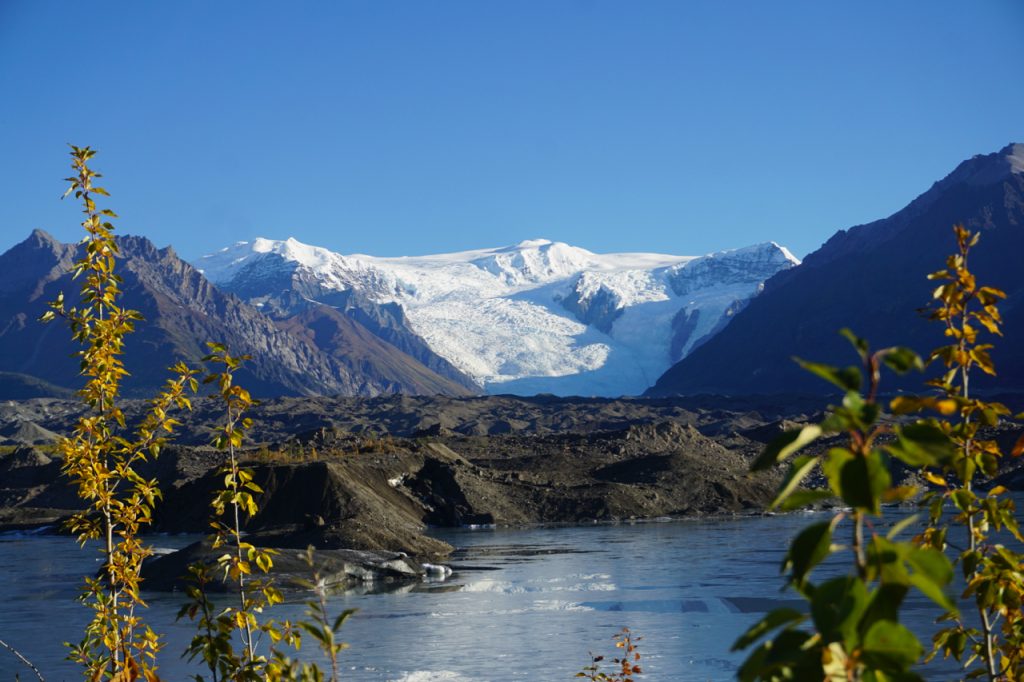