Reflecting on my pleasant Dawson visit and seeing a lot of abandoned gold mining camps on my way, the discussions on sustainable development in mining came back to me. Obviously this term was not widely used in the 1800s, but in principle the little cities that formed in the Northwest of America back then wanted to be sustainable when they were formed, and in fact they had to be self sustaining. They had everything going for it. Houses were built, as were schools and hospitals, roads were constructed, railways put in place and shipping lines opened. Banks arrived to process all the gold and all sorts of secondary industries developed to help the mining activities. In fact with the construction of a hydro dam Dawson was one of the first cities that had electrical light in Northwest America. At times places such as Dawson city or Barkerville were the biggest North of San Francisco and East of Chicago.  It could have gone on and on, and given the fact that there is still plenty of gold in the area the industry is still there, even if it is not at the same scale – but it did not and many such places lay in ruin today. 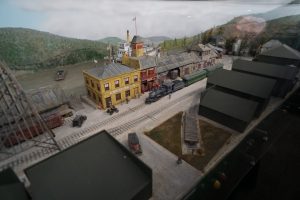 So let me look at two places where sustainable development worked. For this I would like to loop back to the two cities I got my secondary education in – Freiberg, Saxony and Golden, Colorado. In the former silver was discovered in 1168 and a city grew rapidly along with mining, the latter ceased only 800 years later in 1969. Golden was founded in 1859 during the Pike’s Peak Gold Rush and was even at some time the capital of Colorado. Both cities started renowned mining schools (Bergakademie Freiberg since 1765, vs. Colorado School of Mines since 1876) , both have breweries (to keep the miners happy) and plenty of other industries developed that made the two places stand the test of time. So without our forefathers thinking of sustainable development, they did the right things and both places still flourish. So what doesn’t hold for Dawson and all these mining camps that lay abandoned in picturesque mountain setting versus Golden and Freiberg.

In my humble opinion it is their geographic location and more specifically their hospitability for humans. One can come up with the best sustainable development plan for any given place, but if the climate is not amiable, people do not want to settle down for good. So if the Yukon breaks up only in May and freezes again in October it is not a place where one can have agriculture that supports the local populace with reasonably priced produce. It neither sounds appealing if everything has to be imported at great expense or if one freezes his or her buttocks off for half the year. This ultimately holds for a long list of other places, as well. Take Norilsk in the North of Russia – if it would not be for one of the biggest nickel deposits in the world, nobody would live in this inhospitable place. After all it was only opened up as a forced labour camp – Gulag. It is also consistently described as one of the most polluted places on Earth – why, well nobody in town is there by choice and actually wants to live there, so who cares what happens to the environment – it was either forced labour or good money that brought them there. I bet most of the people there rather would like to live on the sunny beach at the Black Sea.

This brings me back to ultimate reason why sustainable development works in some but not in other places. If the place is hospitable to the populace where people can be supported by local businesses and where people can see a long term future for themselves, it works. Otherwise, even with the best intentions, it won’t work. Places that are hostile to human needs, be it too little water or too much, be it too cold, too hot, too high an altitude, too many mosquitos etc. the place will always be temporary, no matter what policies are in place. As soon as the ore, oil or any other natural resource runs out, or the military purpose ceases to exist, humans retreat, and rightly so. If some sort of tourism evolves, it is great but it would never support city sizes that were around during the boom times. I actually think that in the long term thinking of sustainability of a place human hospitability should always be checked against – a good proxy for that is the classical Köppen climate classification. 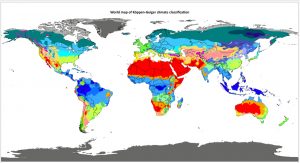 In conclusion, Dawson that produced almost 14 million ounces of gold since discovery, worth almost USD 19 billion in todays money, is no exception of where sustainable development ultimately failed (and it is not for not trying to make a difference!). It has nothing major to show for the amount of money that was generated. The gold however is still used but in places where people like to wear jewelry, have bank deposits, want to study, have a family… in short want to live – places like London, New York or Vancouver – not Dawson! But do not get me wrong, Dawson is definitely worth a visit… just to see the pretty Can-Can ladies.. but go there when the sun is shining 🙂 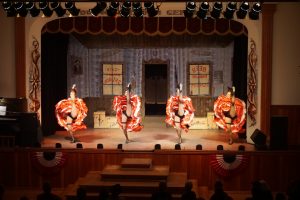